The number of stores raised by the Russian nationwide off-price network of Familia has exceeded 250, wherein the number of its coverage towns has reached 90. On March 30th the Company opened four stores in a row, three of them situated in Moscow, the capital of Russian Federation.
The Familia store solemnly opened in a large Moscow Mall of «Leningradsky Capitol», came to be the 250th one on the off-price network list. It occupies more than 1200 square meters. On the very first day of its operation, the newly opened store attracted over five thousand customers. Along with the grand opening Familia simultaneously opened two more stores in Moscow (in the trading malls of «Yaroslavsky» and «For You»).

Besides, the 30th of March became the day for Familia off-price network to have appeared in the town of Vyborg, which is situated in Saint Petersburg region. The store is currently located in the largest municipal shopping-and-entertainment center of “CUBUS”. Its appearance aroused a great interest among the town citizens: even during the first two days of its opening, the store was visited by nearly 10 thousand people (which makes it almost 25 per cent of the whole adult population in town). The customers made more than 5 thousand purchase deals, the highest one exceeding 30 thousand rubles.

The town became a new Familia’s west point on the map of Russia to have also become the 90th spot in the country where the Network operates. The total area of Familia stores makes it currently over 320 thousand square meters. In accordance with the index above, the Company is one of the leaders on the list among the entire retail fashion networks represented in Russia.

«Familia keeps on growing in its both quality and quantity rise. More than 7000 brands have been introduced by now to our customers who in their turn have discovered our presence so far in 90 towns all over the country, –  Konstantin Nadezhdin, Familia’s CEO says. – We maintain the range by expanding the offers within mostly demanded groups of products, along with increasing our scale as well, including our rapidly growing coverage in major megacities of Russia. Although we’ve got about a hundred stores in Moscow and its area, along with having also nearly 30 ones in Saint Petersburg and its suburbs, Familia’s potentials in the areas above are far from being over the limits yet. Our stores within the network don’t compete for customers in between, whereas each new store makes the off-price format even more popular, while bringing the customer inflow being constantly increased across our entire network. Familia is certainly in demand, being engaged in its unique trend, wherein the 250 stores neither make it set any kind of limits to the Company». 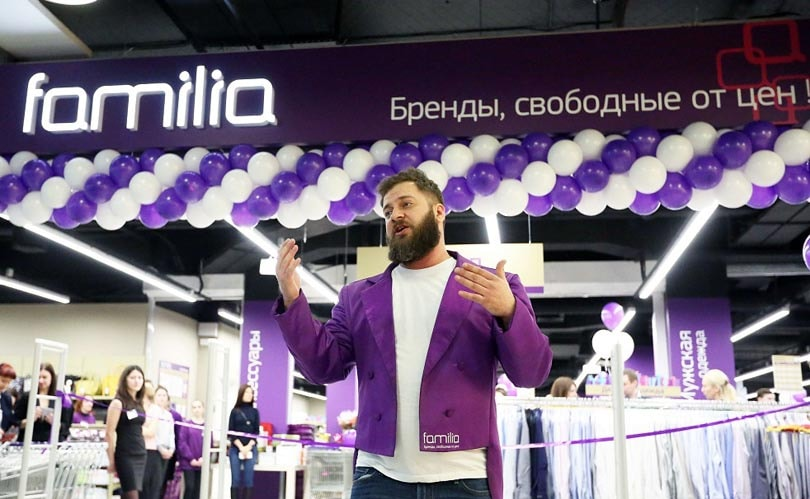