Russian off-price chain Familia has strengthened its position by 61 points to rank 421st in the “Top 500 Largest Russian Companies by Revenue” list according to the RBC.

The list is the annual rating of leading Russian companies in different sectors. Familia has been included on the retail sector list since 2018 and has risen through the ranks every year. To date, it has moved up 79 spots.

This year, Familia reached leadership status in the retail sector and ranks highest in annual growth among clothing retail chains.

In addition, Familia was also inscribed onto the new “Retail Russia TOP 100" list, an annual rating of companies by the analytical agency Infoline. The list includes companies from different sectors that sell in Russia, regardless of the country they are registered in. Familia improved its position on this list by three points to rank 63rd. 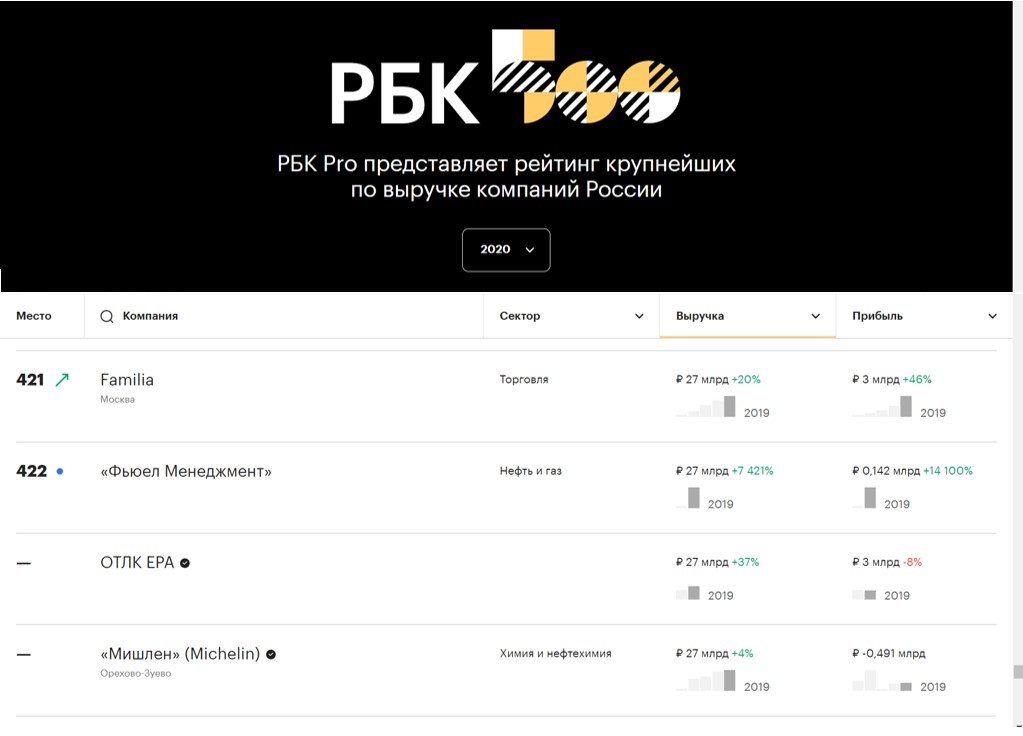